SSYI & Playscape working on the wilder side

In February a group of willing SSYI and Playscape volunteers joined Sophie O’Hara Smith down by the basketball court. With quantities of string, tape measures, stakes, line spray (and a touch of mental maths!) we marked out the new meadows and pathways. Seamus then kindly went over the area properly with the line-marking machine. This will mean the contractors will know which areas to leave to grow and we will know where to plant the 1500 wild flower plant plugs!

Speaking of which, we had a great turn out on Saturday 18th March. Armed with trowels we planted drifts of Basil, Clustered Bellflower, Corn cockle, Field Scabious, Greater Knapweed, Meadow Clary, Musk Mallow, Meadow Cranesbill, Oxeye Daisy, Oxslip, Red Clover, Tansy, White Campion, Tufted Vetch and Yarrow. Now it’s just a waiting game! Special thanks to everyone who helped – it was such a great turn out we were finished by lunchtime, just in time for the rain to water them all in! 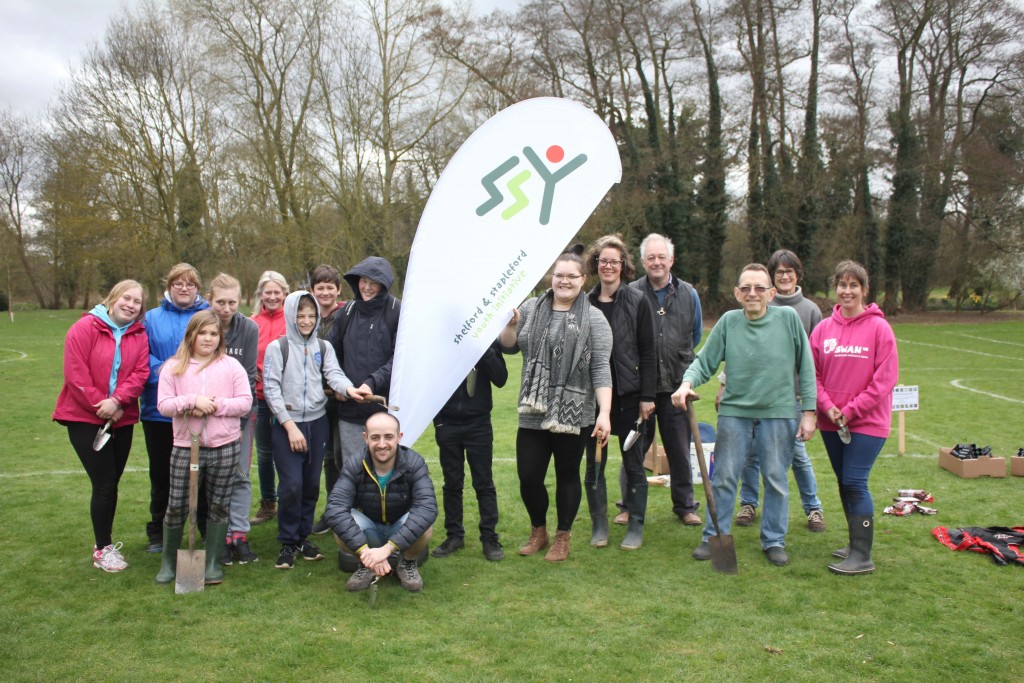 If you could avoid walking on these areas just whilst the plants establish that would be much appreciated. 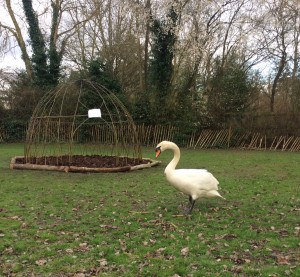 We’ve also planted the new living willow dome down by the river. The weaving turned out to be the easy bit, it was getting each upright 30cm deep into the ground so that it will root which was the tough part: It sounded like a black smith’s whilst we were hammering metal stakes into the ground! Two of the SSYI crew also did a fantastic job transferring all the bark (kindly donated by Madingly Mulch) down the rec with just a trolley and muscle power.

All in all we hope you agree it was worth the effort as with good care a living willow dome can last for decades. The swan was definitely impressed: it got out of the river for a proper look when we’d finished!

By the time you read this we will have had another community consultation on the latest plans for the play area! Apologies this was not in last month’s news, arrangements didn’t coincide with publishing deadlines, however hopefully you will have caught this via posters and social media. We will of course keep you posted about all of this on the website, where you can also find a fascinating blog post by Duncan Grey about the history of the recreation ground – did you know soldiers were billeted there and there used to be a diving board?